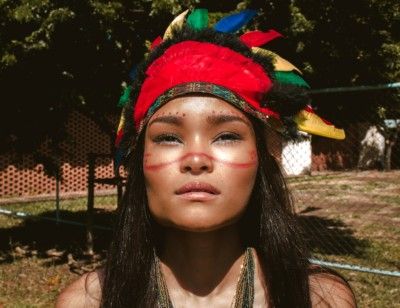 Ayahuasca – trend drug or a panacea?

Why is ayahuasca so popular? Is this South American hallucinogenic drink another trendy drug or does it also have therapeutic value? What remains of the spiritual dimension when ayahuasca ceremonies are commercialized? The drink is also gaining popularity in Europe. Ayahuasca ceremonies also take place in Germany.

The drink is more popular than ever. People who have already drunk this South American hallucinogenic drink swear by the spiritual experience of „journey“ you experience after drinking it. In addition, the first scientific studies seem to show that the use of the drink can help against stress and depression, among other things.

Ayahuasca originated in the Amazon and is still widely used there today. This triple concentrated tea is not drunk alone at home, but in a ceremony led by shamans.

Use of the South American beverage has been officially banned in the Netherlands since early 2018 due to the active ingredient DMT. This was already on the list of hard drugs, but its use was tolerated as a religious ritual. Ayahuasca is still popular however.

More and more people afford the experience of an ayahuasca journey during a weekend trip, but isn’t the focus too much on the medicinal effects? What remains of the efficacy of the substance if we leave out the original religious and spiritual context?

Are commercialization and ayahuasca tourism destroying an ancient ritual, or is it successfully asserting itself here?? The philosopher Govert Derix considers the religious aspects of the ceremonies.

The use of the ayahuasca drink is often described as a spiritual or inner journey. It stimulates the senses and leads to all kinds of new insights and experiences. The philosopher Pieter Lemmens examines the philosophical dimensions of ayahuasca shamanism and wonders if the ayahuasca drink really has the proverbial Opening doors of perception and thus enables other forms of knowledge.

Many ayahuasca users attribute a therapeutic value to the drug. A weekend trip would clear the mental clutter accumulated over years. Does the South American hallucinogenic drink really rid the user in one fell swoop of all the mental garbage that would otherwise require years of therapy? The Psychologist Kim van Oorsouw reports, among other things, on their research for use against stress and depression.

Philosopher Govert Derix first came into contact with the ayahuasca drink in Brazil in 1990. „I was a cynical, atheistic and nicotine-addicted philosopher“, Derix looked back, „and I was freed from that in one fell swoop.“ From the novel “The Shaman of Seville“.

„The first glass was the beginning of a vitalizing adventure that led to a `yes` to life“, Derix said. It reminded him of William Shakespeare’s famous quote, “There is more between heaven and earth than we can imagine or dream of. „I never thought I would use that quote so much in my life.“ 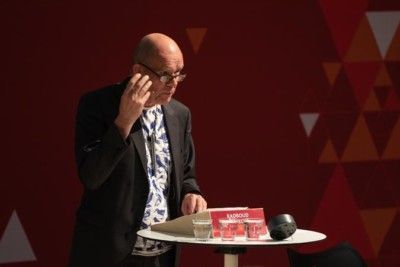 A threefold potential for connection

On the one hand, ayahuasca is an alien force that seems to resist scientific explanations, Derix explained; on the other hand, the ayahuasca experience can be guided by shamanic rituals. Ayahuasca therefore seems to ask for a new interpretation of what religion is and could be.

In his journey, Derix asked ayahuasca, the plant itself, about its importance to religion. The plant is characterized by a triple connection potential: the experience, the teaching and the community.

The therapeutic value of ayahuasca

Psychologist Kim van Oorsouw is doing scientific research on the effects of ayahuasca on stress and depression, among other things. This research is quite difficult to conduct because DMT, the active ingredient in ayahuasca, is prohibited by law in the Netherlands. Nevertheless, Van Oorsouw and her colleagues managed to conduct a number of scientific studies.

In these studies, subjects were given a detailed questionnaire three times: once a day before using ayahuasca and a final questionnaire one month later. These studies show a predominantly positive influence of the drink. People suffer less stress and depression in the short and long term, and have higher scores in mindfulness, quality of life (only in the short term), and creativity.

The studies show that the experience itself can lead to anxiety. Van Oorsouw therefore advises everyone not to use the ayahuasca drink without supervision. But under proper guidance and for the right people, its use could have therapeutic value. 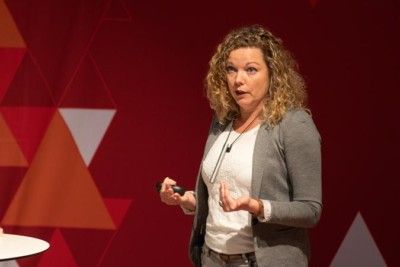 An unexpected means of transportation

Finally, philosopher Pieter Lemmens undertook to shed light on the philosophical dimension of ayahuasca. Lemmens also started from his own experience. „I had the visceral feeling of being present at the origin of things, at the Mysterium tremendum et fascinans, in the confrontation with the sacred or the luminous.“

But how can we interpret this experience philosophically? „The most common interpretation is that it’s hallucinations caused by chemical reactions in the brain“, Lemmens explained. „But to think that this explains experience is the same as saying that the hormonal explanation reveals the full human eroticism.“

Second, ayahuasca can give us access to our own unconscious, but according to Lemmens, this would be at most part of the experience. „One final possibility is that ayahuasca actually puts us in touch with another reality“, Lemmens concluded. „In this case, ayahuasca would indeed be a panacea, an unexpected means of transportation to another world, and therefore an invitation to become familiar with a completely different way of being in the world.“ 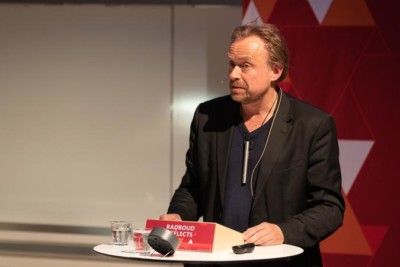 All links in this section refer to websites in Dutch language.

Pieter Lemmens is an assistant professor at the Institute for Science in Society at Radboud University and is working on a book about philosophy and psychedelics, in which he examines the „logos of psychedelics“.

Kim van Oorsouw is an assistant professor of forensic psychology at Maastricht University. She gave a lecture on ayahuasca at the University of the Netherlands.

Govert Derix is a philosopher and writer. In 2004 he published “Ayahuasca, a critique of psychedelic sanity“. In 2015, the novel “De sjamaan van Sevilla” was published, based in part on his own experiences in the Amazon.