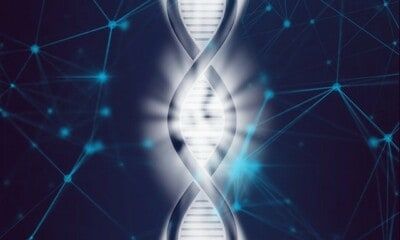 What is the benefit of a DNA test?

For more than 150 years, people have been on the trail of the secret of DNA. In 1869, the Swiss chemist Johann Friedrich Miescher discovered a phosphorus-containing substance in the human body, which he called nuclein.

At that time he could probably only guess at the significance. Nowadays it is considered one of the most important discoveries in biology.

But what does the DNA actually bring to the individual person? What are the benefits of a DNA test?

What DNA is all about?

In simple terms, it is a long, thin thread that is found in every cell of a living being.

DNA stores the composition and function of a living organism. It is therefore roughly comparable to a construction or operating manual.

DNA is structured as a so-called double helix. Under a microscope, it looks something like a twisted rope ladder with rungs. The sprouts are called “bases” in the technical language and receive the actual information of the DNA.

Human DNA is divided into a total of 46 chromosomes, which together are crucial for the structure of our body, our appearance and our predispositions.

Also information about genetic diseases as well as to a certain extent the intelligence are contained in it.

Copy and paste of DNA does not always work properly

In order for the cells in the human body to multiply, they divide. Before division, the DNA is duplicated so that it is also on the new cell.

This is roughly equivalent to the “copy” and “paste” functions in Microsoft Office. But unfortunately it does not work quite as reliably.

During the copying process, small errors occur again and again, resulting in an altered DNA code. Sometimes this has hardly noticeable effects on the human body.

In other cases, however, these copying errors can also cause serious diseases such as cancer.

People often wonder why they get a disease even though they eat healthy and exercise regularly.

According to scientists at the Johns Hopkins Kimmel Cancer Center in Baltimore, two-thirds of mutations that can lead to cancer are caused by unpredictable, random errors in copying DNA.

Independent of one’s own lifestyle and environmental factors.

How does a DNA test work??

There are different methods to analyze one’s own DNA. DNA health tests can be used, for example, to determine whether there is a genetic predisposition to certain diseases.

In order to find out whether problems can occur during pregnancy, a so-called gene therapy DNA test is carried out.

However, the DNA test cannot be done by oneself, as it requires laboratory analysis.

There are now numerous companies on the Internet where it is possible to have a test carried out.

A good overview of the different providers is provided by the website DNAtest, where popular companies such as “23andme”, “MyHeritage” and “Ancestry” have been tested and subsequently rated accordingly.

Depending on the provider, the procedure is slightly different.

With “MyHeritage”, for example, a swab is taken from a plastic cover and used to perform a simple cheek swab without blood or saliva, and then the swab is transferred to a vial.

To be on the safe side, the test is repeated with a second set of vials. Afterwards, the vials are placed in a plastic bag and sent in a return envelope to the DNA laboratory.

The cost of the test depends on how detailed the result should be.

If you are in a particular hurry, you can order an express test for an additional charge of around 300 euros.

Without this extra charge, the evaluation of the results takes about three to eight weeks, depending on the provider.

If you are not sure exactly what kind of test you need, you can also contact your family doctor.

The usually knows which procedure is needed for which information and usually also knows competent providers.

Does it make sense to analyze your own DNA??

Nowadays, many people associate DNA analysis with crime series such as CSI. In fact, DNA is of crucial importance in criminology and has led to a drastic increase in crime solving rates in recent decades.

But what about the analysis of one’s own DNA?? In healthy people, there are usually only a few reasons to perform a DNA test.

One of these, for example, is genealogical research. With the help of so-called genetic genealogy, it is possible to establish the origin of one’s own ancestors and one’s own lineage.

Another test is usually used when it is not clear who the father is in the case of a pregnancy or the person concerned simply refuses to acknowledge paternity.

In DNA analysis, samples are taken from the father and child and the genetic profiles are matched in the laboratory. Depending on the degree of match, paternity can be confirmed or excluded.

In contrast to other methods, this method can be carried out even before the baby is born.

However, the DNA test becomes really interesting in connection with one’s own health.

A DNA test is especially useful whenever one’s own parents or grandparents suffer from chronic diseases.

However, the tests do not provide absolute certainty, but can only show the probability of the occurrence of certain diseases.

A possible result could be that the risk for a certain woman to get breast cancer is 20 percent higher than the average.

This leads to difficult situations, especially in prenatal diagnostics. Because here, a decision must be made about a possible abortion based on the probability of whether the baby has Down syndrome or Edwards syndrome, for example.

DNA analysis can also help identify allergens. However, since there is no specific “allergy gene”, not all substances can be clearly identified.

In any case, it is certain that the risk for a child to develop allergies increases by about 50 percent if one of the two parents is allergy sufferer.

However, an allergy is always dependent on environmental influences and living conditions.

Therefore, in case of corresponding symptoms, further procedures should be carried out to determine the exact allergies.

DNA also has a decisive influence on how our metabolism works and therefore also affects the way we process our nutrition.

Three different nutrition types can be distinguished here: Protein type, Carbohydrate type and Mixed type. If you know which category you fall into, you can adjust your diet individually.

This not only has an effect on weight management, but furthermore on the susceptibility to stress as well as the general energy level.